What pickups are right for me?

One important thing to point out is that no pickup is objectively better than the other. The build quality may be somewhat objective in nature, but the tone, performance and what this does for your playing experience is completely up to you and no one else. Another thing worth mentioning is that your audience is rarely able to detect tonal differences like that of different pickups as an isolated factor, but instead hear the music that your fingers deliver. Therefore, the pickup of choice should be the one that gives you the response you like and makes you play your best, plain and simple. The different pickups found on .strandberg* guitars have been chosen to cover a certain range of sounds and give certain functionality to the guitar model in question. As we’re a company that aim to develop our products in accordance with player’s requests, we of course also choose pickups on basis of popular demand. It’s virtually impossible to satisfy everyone, but you get the idea.

With this in mind, there are a couple of things that are good to keep in mind when it comes to pickups for practical reasons.

Ok, but how can I know if a particular pickup is the right choice in my situation? The short answer is “you can’t” but giving some thought to your particular situation will surely promote a more conscious choice. What is my playing style like? What acoustic qualities does the intended guitar have? What amps and effects am I going to use it with? Do I regularly run into the same problems that another choice of pickups might be able to solve? Do I have problems with noise? Do I want the tightest possible response, or do I desire a fat and singing tone? Do I need many different sounds from one guitar or just the one perfect sound? One pickup being superior to another in all situations is unlikely true if not even impossible and you have to think hard about what you want it to do. Let’s look at some examples and see if we can get some guidance from technical information.

These are of course just two examples out of thousands on thousands of other pickups available on the market. One must also realize that one pickup having “more midrange” doesn’t mean that it will sound like another pickup with “more midrange”. Depending on where in the midrange frequency span that the pickup concentrates its energy, the character may be completely different. A pronounced lower midrange is often perceived as fat/guttural, while a pronounced higher midrange is often found to give nasal qualities. These kinds of differences can be observed in the case of bass and treble frequencies as well.

Even with all these limitations in analysis, there are some combination of features that will have a hard time producing certain results. As a stronger coil wind will most always cause subdued treble frequencies, such should not be combined with a weak magnet if high output and clear treble is requested. For example, if a humbucker is wound to 18 kOhm (likely with a thin gauge wire) in DC-resistance and come equipped with an Alnico 2 magnet, it will likely be fairly strong in output on account of the coils and also have weak treble on account of both the coils and the magnet. What would the difference be if the magnet was instead a Ceramic one, you might ask? Well, the output would increase and the pickup would regain some treble/bass and the overall response would be tighter and stiffer with less sustain. Is that good or bad? It depends on the situation.

If a humbucker is wound to 7,3 kOhm (likely with a thick gauge wire) and come equipped with an Alnico 5 magnet, it will probably be low/medium in output on account of the combination of wind and magnet and also have a bright tone on account of the same. What would happen if the magnet was instead an Alnico 2? The output would decrease, there would be less treble, more midrange and more sustain. Is this a good thing? It depends… 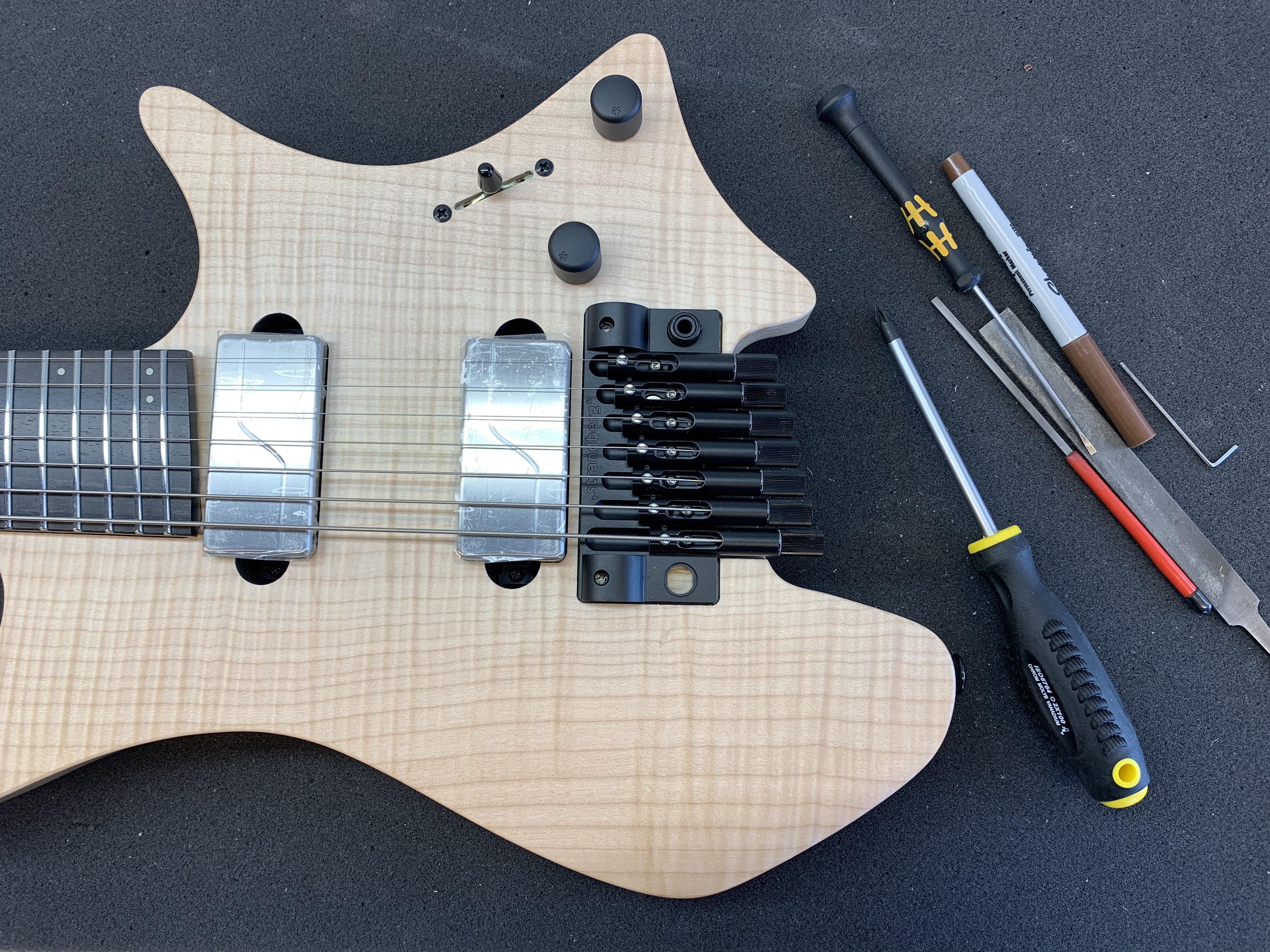 That was some heavy reading and you might be tired of technical aspects of pickups by the time you get here. No one would blame you. To round of this article about pickups, we will take a look at a couple of things that you can do to alter the performance of your pickups without changing them out. Perhaps a change of pickups is the only way of getting your perfect tone, but some less drastic measures could also be considered. Some of these things alters sonic character and some address problems that may occur in use under certain circumstances. 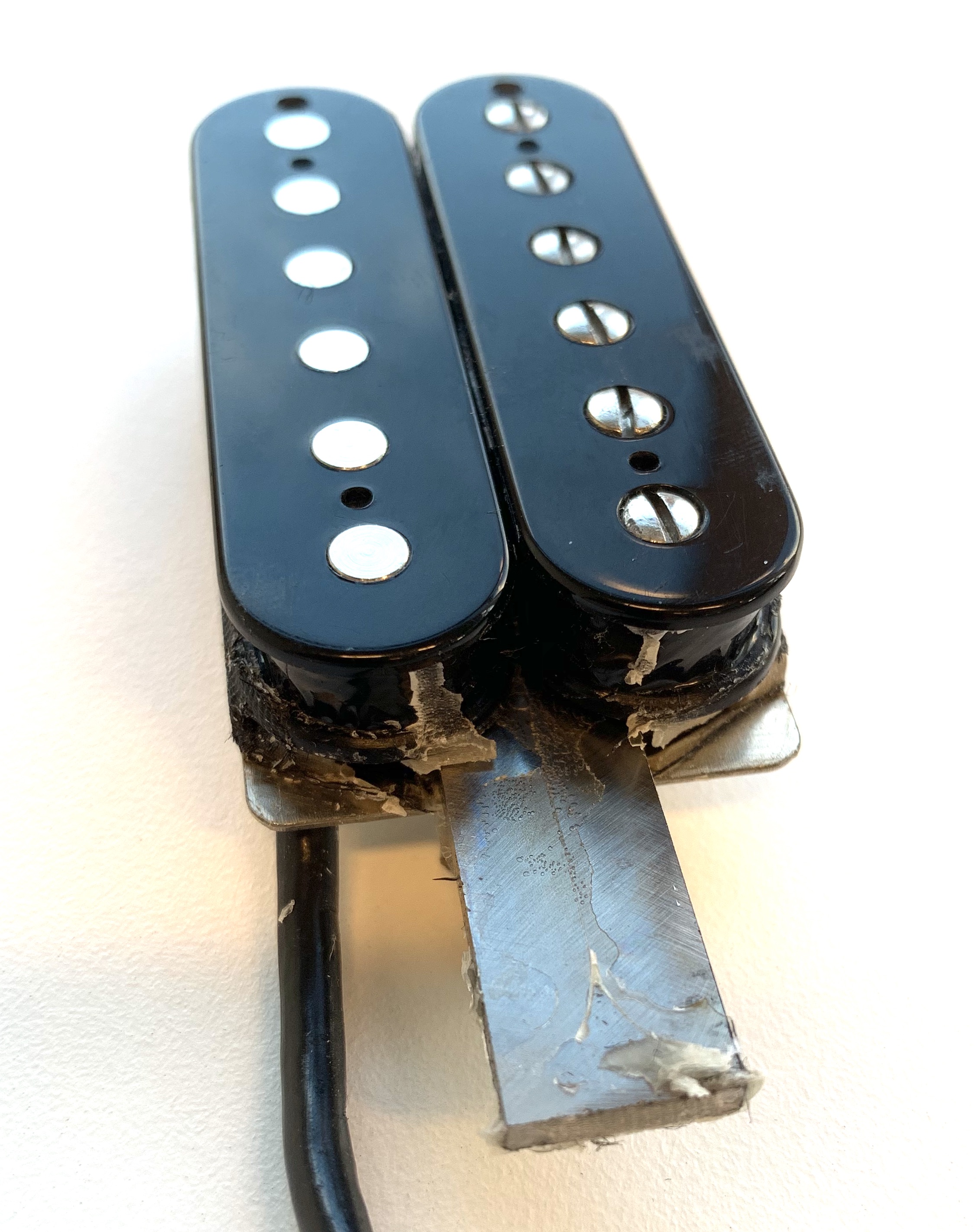 A humbucking pickup with the magnet sticking out.

That’s all for this time a please come back for the next part of this electronics extravaganza. We will then discuss the rest of the components found inside .strandberg* guitars to find out what they do and what they don’t do. Until then, happy pickup day, everyone! 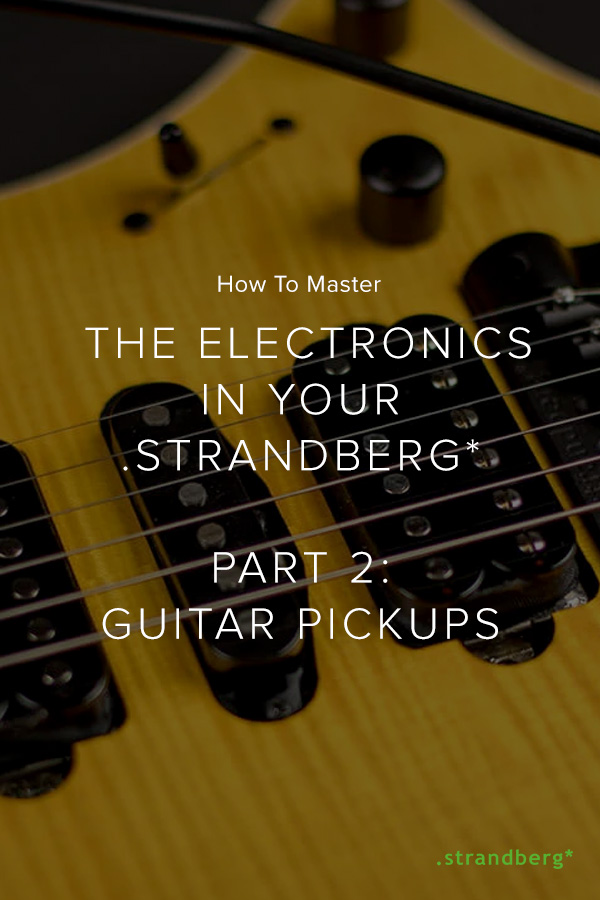 It's been awhile since we've asked! Which do you p