When .strandberg* was “born” in 2007, it wasn’t out of nothing. I (Ola Strandberg) had built guitars since the early 80s, although not actively since the mid 90s. When I, as a young lad, played in a variety of bands growing up, I prefered having a tremolo. And when I got my hands on a used Hohner Steinberger copy and reused the tremolo for my own “Strandberger” guitar, this became my absolute favorite guitar. The tremolo could be locked in place, providing the best of both worlds, with either fixed bridge or floating tremolo. And the guitar itself was smaller than conventional guitars with a headstock and seemed to just make sense.

So when it was time to get started again in 2007, making a headless guitar was one of the first parameters going in. As I started researching the market for hardware for headless guitars, it turned out that there was practically nothing around. The best resource I could find for information was a blog called buildingtheergonomicguitar.com, and it was here that the idea of creating an ergonomic guitar was hatched. I designed a concept called the “Ergonomic Guitar System” or EGS, that consisted of headless hardware, replacement necks, and complete guitars. Just doing the hardware kept me occupied for several years, so meanwhile, the guitar ideas kept evolving and the replacement neck idea was scrapped.

Some reasons for not are:

We believe that the benefits outweigh the drawbacks greatly of course, but only you, the player, can decide what is best for you.

Our hardware, which is the foundation of the entire EGS guitar concept, is now in its 5th generation. To the right, you can see some of the evolution. 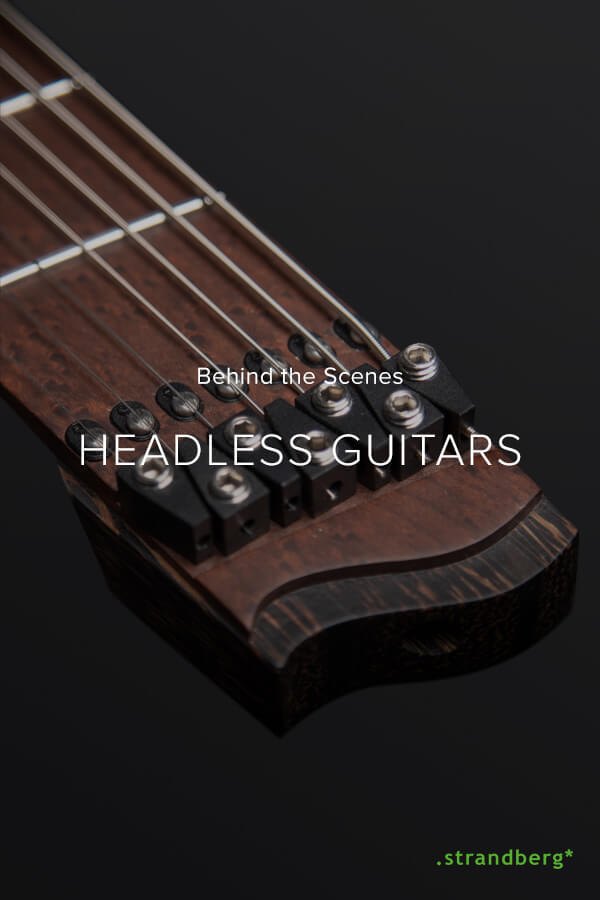 #tgif! Make sure to do something musical this week

Beautiful shots of the Strandberg Sälen Deluxe in

A lovely and evergrowing Boden family photo by @hy