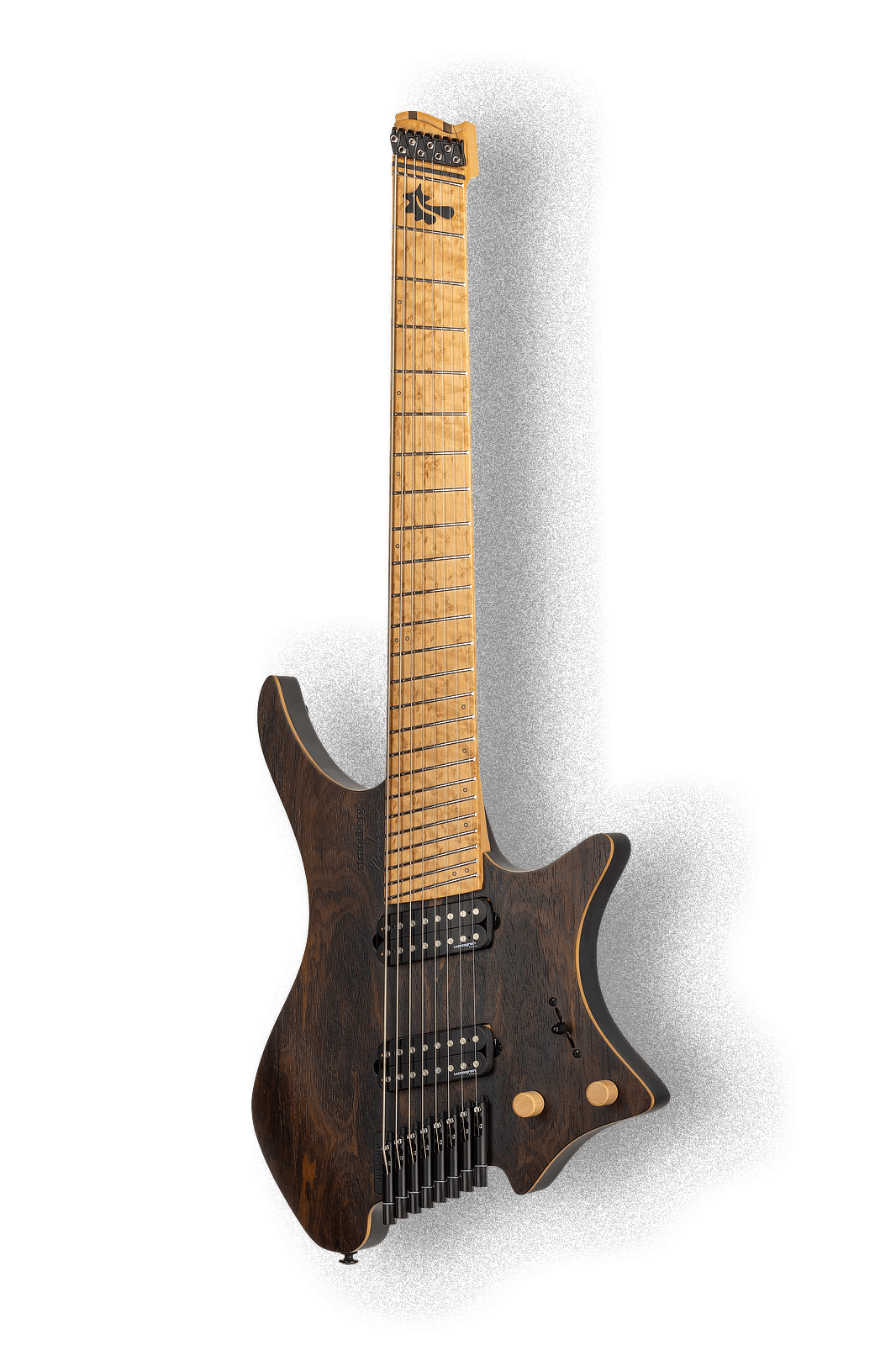 Hailing from London, England, Haken is one of the most original and musically eclectic bands in the diverse prog-metal scene today. Founding member Richard Henshall is the driving force of Haken as the main instrumentalist and composer and a guitar virtuoso of the highest order. Mixing the expected elements of modern extreme metal with traditional progressive rock, Richard Henshall takes the prog-metal genre in new directions by fusing influences of jazz, fusion, hooky electronic pop, new wave, and anthemic rock-and-roll to constantly break new musical ground and define Haken’s unique sound signature. 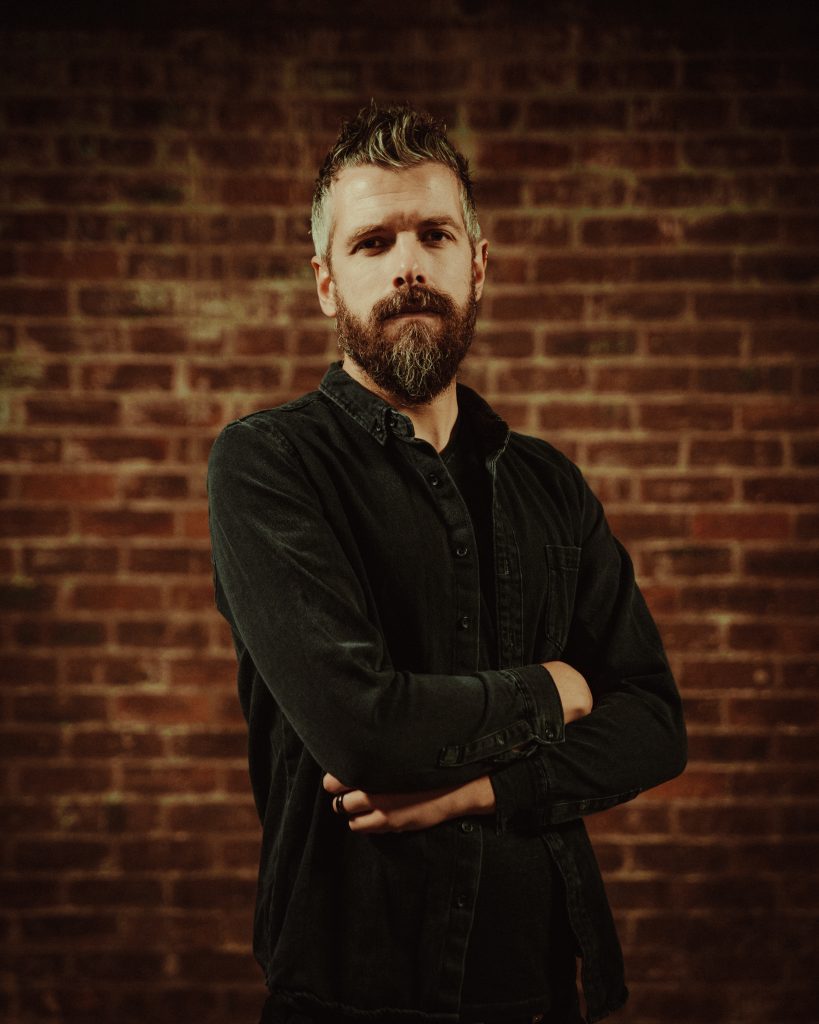 Influenced and inspired by such diverse artists, bands, and composers as Dream Theater, Allan Holdsworth, JS Bach, Debussy, Pink Floyd, Wes Montgomery, Aphex Twin, Prince, the Beatles, Opeth, Devin Townsend, Le La Soul, Jeff Beck, and Bob Dylan to name just a few, Richard puts out accordingly with a kaleidoscopic synthesis of sounds, styles, and techniques. Formed in 2004, Haken has released six studio albums that cover a gamut of these influences while continuing to develop and refine their own sonic and stylistic signature and exploring new musical territories. Winners of multiple awards in the prog community, Haken and Richard Henshall have attracted a strong following around the world. Richard’s 2019 solo album ‘The Cocoon’ has been described as “a complete creative exploration that defines the musical and creative ability of one of the most talented composers and musicians in progressive music today.” 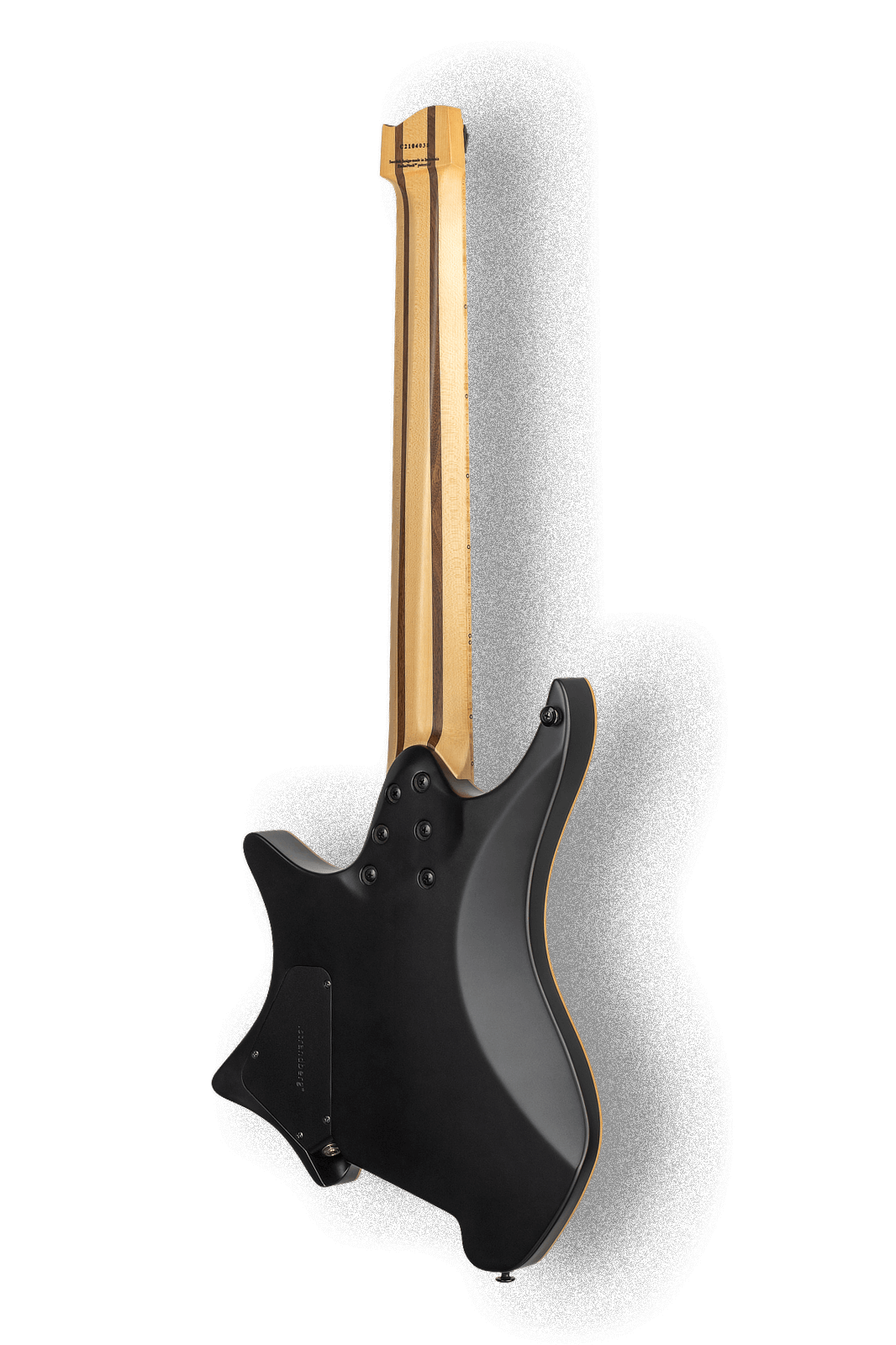 His vision of what an ideal Boden 8-string would be – conceptually, visually, and sonically.

Richard has been playing Boden 8-string guitars since 2014, having fallen in love with the remarkable fluency and versatility of the instrument. Since then, Richard’s sizable .strandberg* collection has expanded to include a custom True Temperament 8-string as well as a Sälen Deluxe. It goes without saying that Richard simply bonded with the .strandberg* ethos and we decided the time was ripe for us to work with Richard to develop a signature model guitar that defined his vision of what an ideal Boden 8-string would be – conceptually, visually, and sonically. 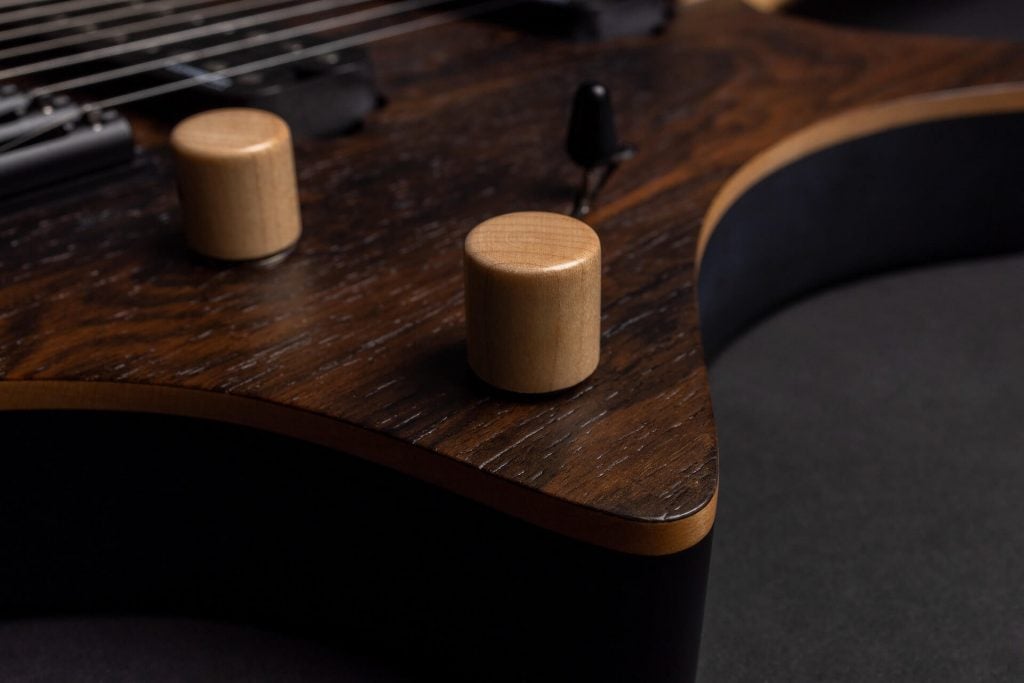 This vision has been achieved by the Boden NX 8 Richard Henshall Edition – an instrument that is as unique and inspiring as Richard’s comprehensive musical ability and stunning stylistic versatility. This amazing instrument features the look, feel, playability, and sound to meet all of Richard’s demanding requirements and perform with authority, reliability, and musicality in the studio and night after night on the road. Featuring a chambered American Basswood body with Maple top and an exotic-looking Ziricote veneer, Maple neck with Birdseye Maple fretboard with the special “Hen” inlay on the first fret, and custom wood knobs, this guitar immediately stands out from the crowd.

One of the most versatile guitars we’ve designed

Tonally, the Boden NX 8 Richard Henshall Edition is equipped with the highly-regarded Lundgren M8 angled passive pickups with volume, tone with push-pull coil-split, and 3-way for a wide array of great sounds from pulverizing metal riffs to searing leads and sparkling clean single-coil rhythm to warm fat-bodied humbucker tones. Combined with the “Holy Grail” acoustic wood combination of Basswood/Maple body with Maple neck and fretboard with the famous lively .strandberg* resonance, this instrument can pummel and scream or purr and sing while responding with uncompromising accuracy and sensitivity to your pick attack and touch.

The Boden NX 8 Richard Henshall Edition was a long time coming but it was certainly worth the wait and the effort. We proudly present this one-of-a-kind instrument designed and built for a one-of-a-kind guitarist, composer, and musician who continues to be a trailblazer in the ever-evolving and expanding prog-metal genre. An instrument that is only limited by one’s imagination, we look forward to more mind-blowing music and playing from Richard for many years to come.

Learn more about the all new NX concept
Read More

A taste of the impeccable lead madness from @alon_

#Repost from the great and powerful @randymcstine