After much anticipation, .strandberg* artist Adieu has just dropped his 2022 single “Ascension” (featuring Yas Nomura on bass) and accompanying guitar playthrough! Combining several elements of progressive metal, electronic music, and fusion, the brand new track illustrates both Adieu’s monstrous performance skills, as well as his impressive compositional and arrangement talents. You can hear the song and watch the new playthrough below.

About the background of the song, Adieu had this to say:

I was mostly setting limitations. Experimenting writing away from the guitar using MIDI/Guitar Pro and writing with a different DAW, so as to not rely on certain familiar things like Logic templates, presets, etc. The intro synth was from U-He REPRO1 doubling the guitar part, but actually getting the piano/synth/ sections by Richard Blumenthal and Anthony Barone helping with drum programming really inspired me to finish the tune. As for gear, I used the .strandberg* OS 7/Prog 7 with Fishman active pickups, Neural DSP Fortin NTS + Archetype Abasi plugin, and some patches from the AxeFx II.

Adam Bentley was in charge of mixing/mastering and used the GGD P IV kit for drums, while Yas was last and added the bass solo replacing all my basic Eurobass MIDI with his 6-string bass parts.

Frustration during lockdown was what inspired most of the ideas for the artwork and song title. It came together while playing a lot of RPGs/JRPGs like Final Fantasy. There were laws in place here that prevented us from filming at any location and was quite a long wait until those COVID restrictions were lifted to be able to finally film a playthrough. Mike Morphett, who did the artwork, had worked on a few projects for Elder Scrolls online and Fallout76 prior to this and really helped out with the concept for the final design. Some notes from Mike are: “The ring in the single artwork isn’t water, it’s actually a shattered ring all made up of animal horns.” 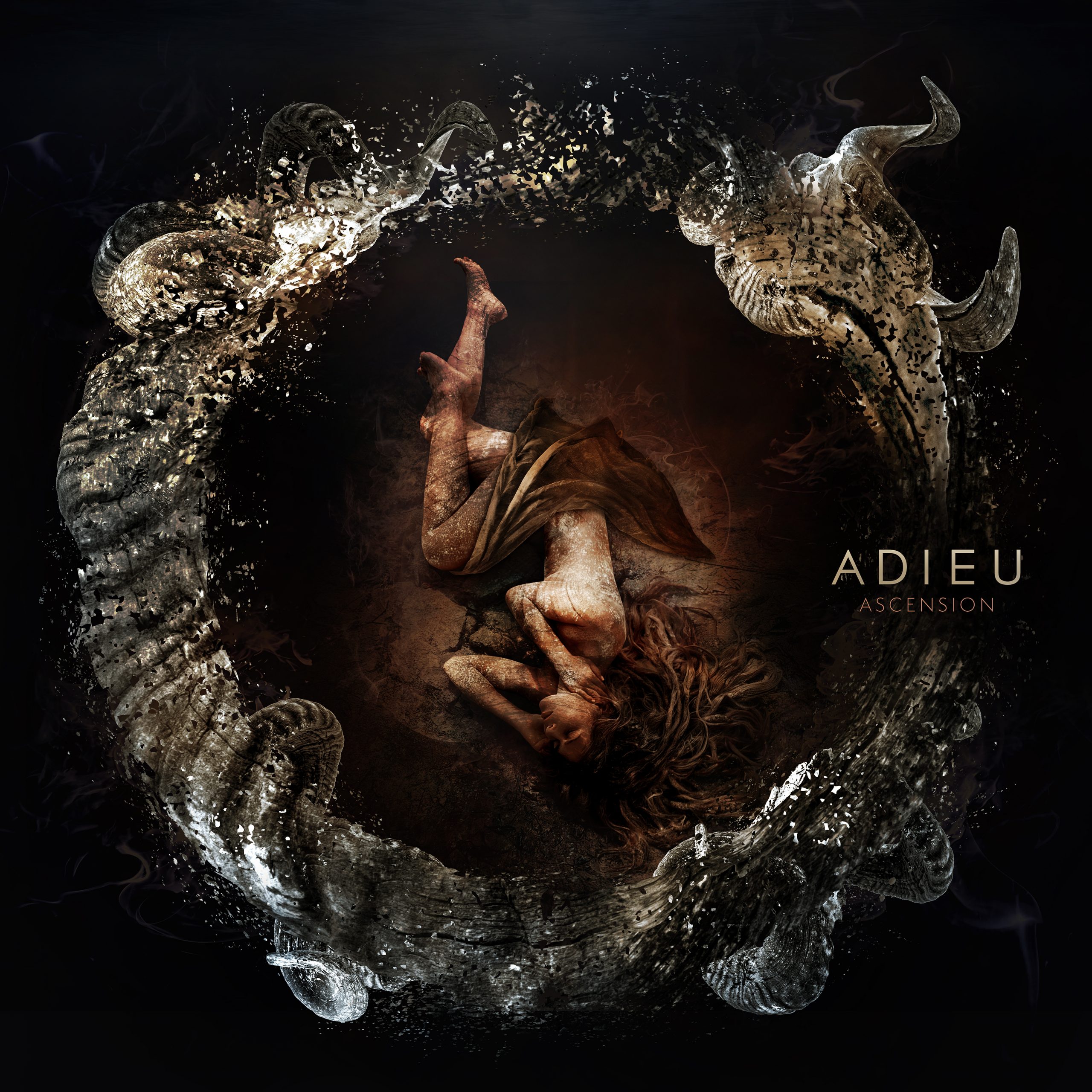 “Ascension” is streaming everywhere now. Be sure to keep up with Adieu on Instagram, Facebook, and TikTok.