What is now .strandberg* started purely as a hobby project, but just to make it interesting, I dreamed up a product concept called the “Ergonomic Guitar System”, or “EGS”. Beyond this, there were no product names. Once players started to get in touch, asking to have guitars built, they just received serial numbers: #1, #2, and so on, although it wasn’t until #10 that I actually had the means to engrave the guitar with the serial number, or even the logo. The business was called “Strandberg Guitarworks”, and the business card read .strandbergGuitarworks*, which was quite a handful to engrave on the bridges.

When demand grew to the point that I needed to enlist the help of others, I needed to distinguish between the guitars that I built myself, and those that were built by others. So my guitars became “Made to Measure”, and the others became “Custom Shop”. Later on, we added “Production Guitars” in the form of the Boden OS line, and so on.

This is how they were positioned:

All .strandberg*s share the same overall design, construction and hardware, but beyond that, everything is open:

Please check in later for photos and stories about some famous builds! 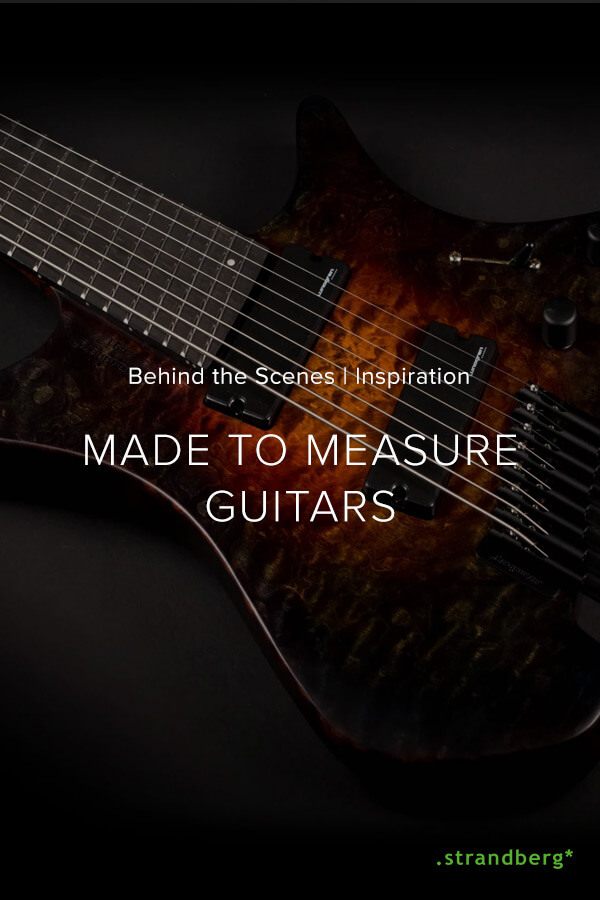 Join the lineup of  previous winners of the annual .strandberg* competition such as Jose Macario, Poh Hock and Adam Rafowitz.

Repost from our friends @guitarguitaredinburgh - S

Spectacular shots of the Boden Bass Original 4 by

💥 Shout out to the community- Bass players want

And what do we have here? 🧐🤔🎸 Boden Clas

Live performance and interview with .strandberg* a

In the shop with the Boden Fusion 6! 📸: @nashvi

Beautiful shot of the Boden Classic modified with